The system firmware of your Developerbox includes a feature called Ram Disk Boot from HTTP. This allows the system firmware to download an ISO image containing a UEFI-compliant file system. The firmware is able to boot from the ISO image and, additionally, the ISO image will be mounted as a RAM disk by HTTP Boot driver, allowing the image to be used in the subsequent boot process.

The system firmware is preconfigured to obtain a network address using DHCP and even has boot configuration that can Install Debian Stretch over HTTP installed automatically when the board is manufactured.

To boot the installer try:

This will launch the installer. Further information on how to install Debian can be found in the Debian GNU/Linux Installation Guide or, alternatively, watch a screen cast of an end-to-end install process: 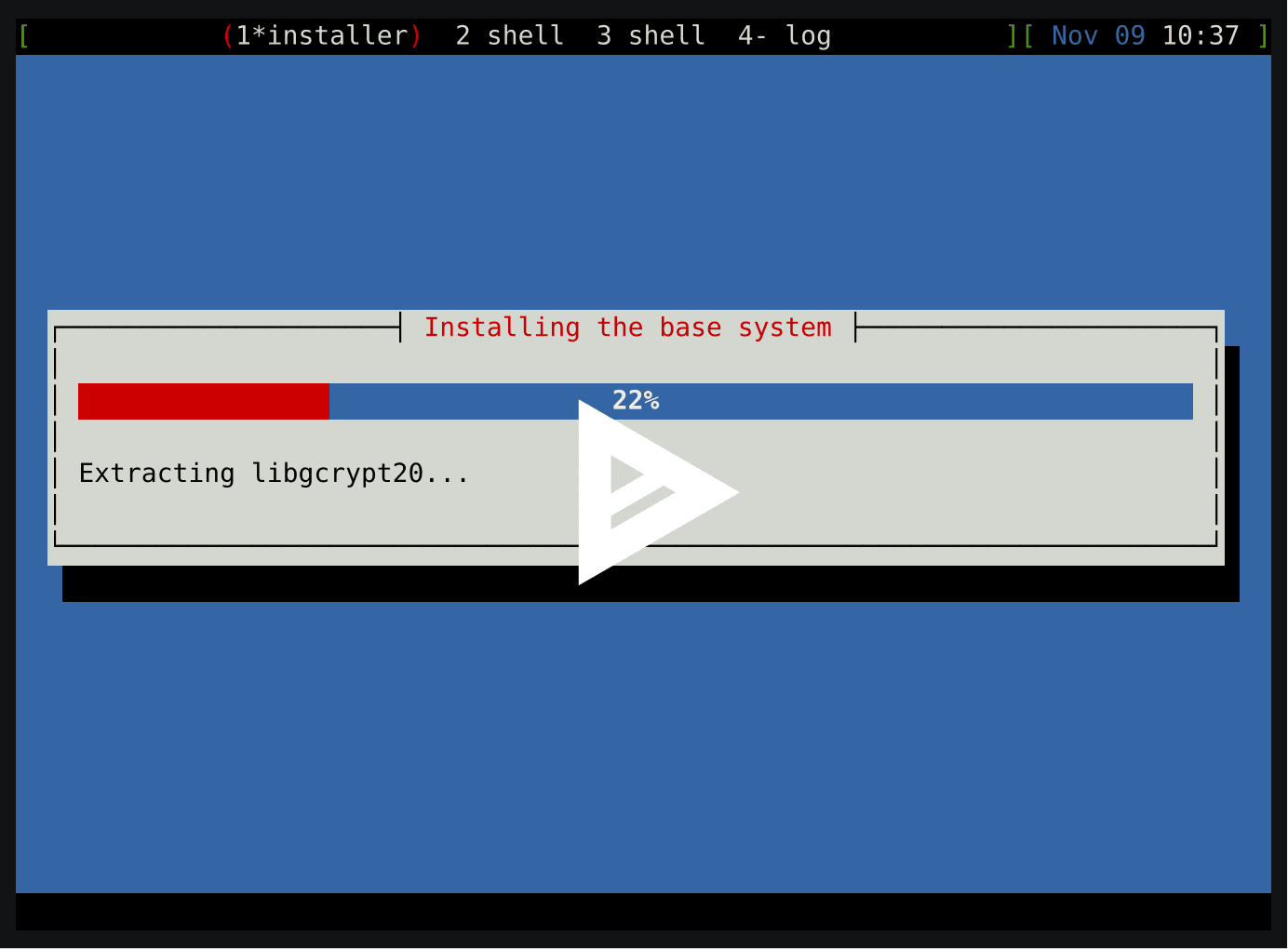 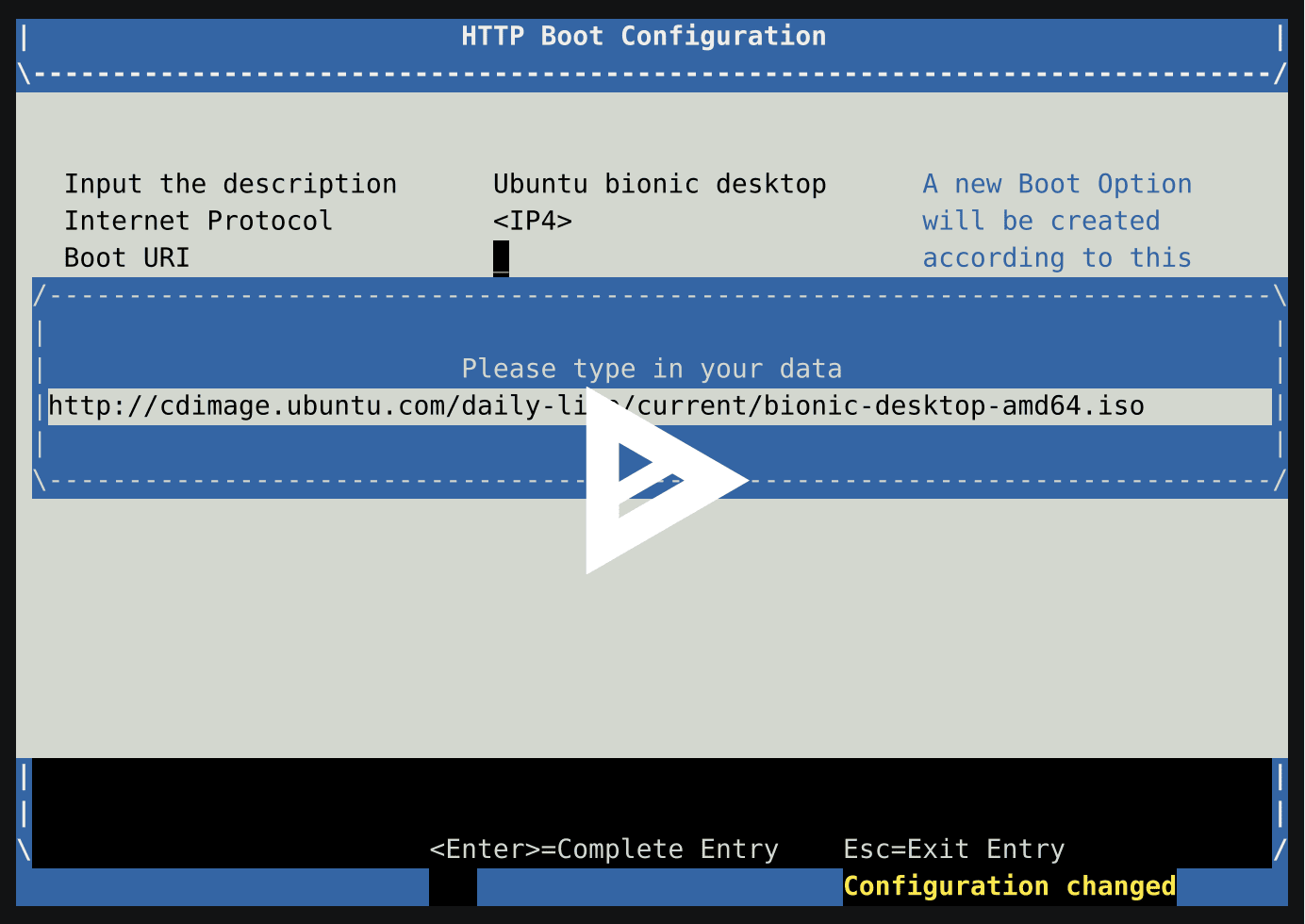