In this episode of OpenHours, we met with Nicolas Dechesne of Linaro! Nico works as tech lead for a team within Linaro focused on software enablement (among many other things) around the Qualcomm Snapdragon chipsets. Him and his team are constantly on the move, working to provide latest and greatest features for one of our popular 96Boards, the DragonBoard 410c. From OpenEmbedded builds to the pre-built Debian based Linaro builds, this team is pretty much involved in it all.

In this video, we had the chance to talk to him about the history of his team’s work with Snapdragon. We later spoke of current releases, and the work going into future releases. If you are interested in finding out more of what Linaro and Qualcomm have in store around the DragonBoard 410c, this is the episode for you! 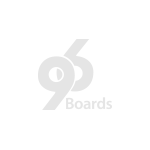