Introduction to the Qualcomm RB3

The Qualcomm RB3 is one of the newly released 96Boards belonging to the consumer edition family based around the Qualcomm® SDA845 processor.

The development board supports new architecture for AI, 4K@60fps H.264/H.265 Encode & Decode, rich interfaces, and many I/O expansion headers. It is an ideal platform for developers to quickly start the product development work.

The RB3 boasts extensive amounts of IO apart from the 96Boards Spec’d LS and HS headers it the a few more such headers, the complete list being:

The RB3 board includes the following on-board sensors as well: 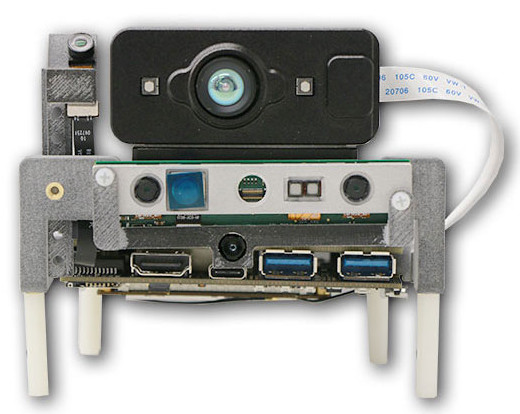 Introduction to the Robotic Arm Project

This project aims at providing a demonstrative use-case for the RB3. It will cover the following spectrum:

Brining it all together:

Some considerations about the project before starting out

Since one of the side goals of this project is to be easily reproducible, all the parts that are selected are either off-the-shelf or easily available maker parts.

I will be uploading another blog with a full BOM, along with reasons why we selected some particular parts over others.

Since the entire Arm has 6 servos, instead of some fancy-pants hydraulics, to give it the 6 DOF required. We’ll be using an I2C based Servo Controller, aka I2C PWM Driver.

A userspace driver for this is available in MRAA/UPM which makes life much easier for us in the long run.

My personal objective on this particular topic will be to make the Arm motion really smooth, something that looks nice on the demo. Most demos just have the arm jerking around as there is no speed control on the servos.

Planing on using OpenCV for image detection, mostly because of its popularity but also because I’ve seen it working REALLY well on the older generation DragonBoard 820c.

This particular project by Don Harbin has been around the world and on many trade shows, he uses OpenCV to count the number, by color, of M&M’s falling in a box. And I was pretty impressed by the performance of OpenCV.

Since a proper Debian release is still WIP by the Qualcomm Landing Team, with good progress so far, I will be using a hacked together Debian build that might not be available to all.

However, I will always be tracking the official Debian release progress and change over as it becomes usable.

We are also going to be using Open-Source graphics driver for the Adreno GPU in the official release, so that should open up a lot of possibilities as well.

So, almost every week from now on, I will be releasing a progress blog either with minor or major project updates with a full blog once it is completed.